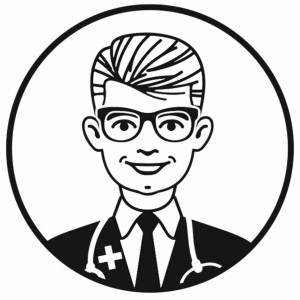 Is CBD Legal In 2021? Well, the short answer is that according to the DEA, CBD is still a Schedule 1 drug with regulation. However, since 2018’s Farm Bill, the federal government treats it like any other product, allowing legal growth and purchase in the United States. As far as state law is concerned, this is a different issue because each state has its own set of rules when it comes to CBD.

The Farm bill was set at the agricultural and agro benefits of food production. However, this 2018 version was slightly different. This one effectively helped the improving of cannabis production, especially in terms of legalizing cannabis cultivation.

According to the law, hemp plants can be grown not only in small pilot projects but can now be grown countrywide.
Aside from legalizing the cultivation of cannabis plants, there are no restrictions on the sale and transport of products in different states as long as production is within the law.

Even if the 2018 Farm Bill lifts some of the restrictions, companies need to rethink their THC percentage.
If the THC content in cannabis exceeds 0.3% in the bill, it is no longer CBD, and becomes is illegal when you use or market it as a CBD product. Besides, anyone who wants to grow cannabis must obtain a permit under federal law.
CBD oil is becoming more popular among Americans, but its legality is still under debate in some states.

In December 2018, the New Mexico government planned to legalize recreational marijuana use. This is not surprising given that voters in Washington DC legalize CBD in 2012, and Colorado was at the forefront of legalizing cannabis.

Similarly, all the states are considering their legalization options. And as of December 2018, 33 states had legalized most CBD products. That number has only climbed higher.
However, with a push by many organizations, including many non-profit organizations and initiatives such as the Sharing Priority Initiative, have decided to learn how to use CBD and cannabis and advocate for national legalization.

Currently, the FDA does not approve the use of CBD in retail food, nutritional supplements, beverages, health foods, and many other categories. FDA approval has a limit to drugs, medical devices, and different types. CBD is viewed as a supplement, not a medicine.
However, the FDA has to create a legal framework for CBD use in the US.

What states is CBD oil legal?

On the federal level, CBD is legal in the US. However, there are still some holdouts in legalizing CBD at the state level, but it is just a matter of time before they all legalize CBD.

Natural CBD Pain Relief For Those Ailing in 2021